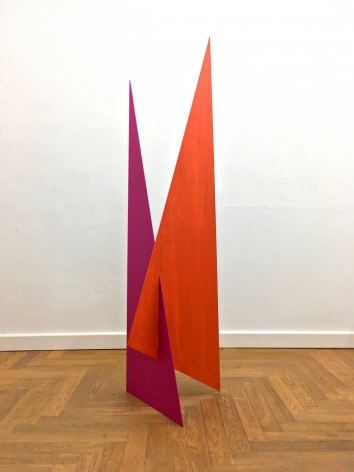 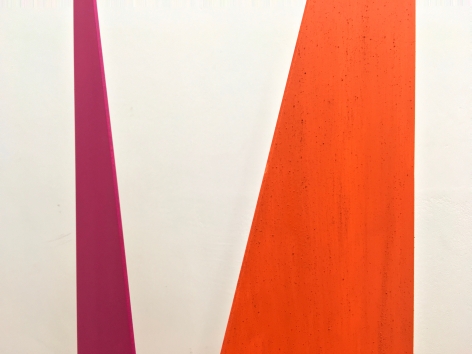 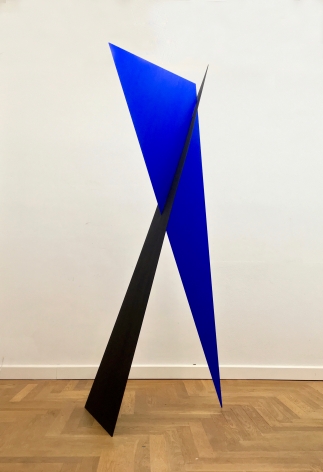 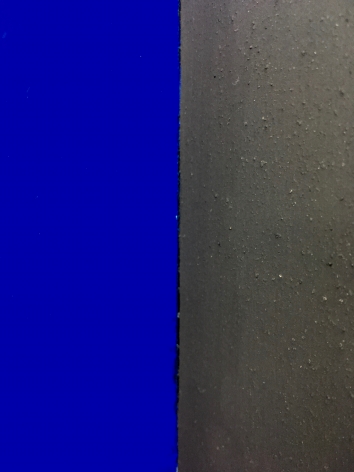 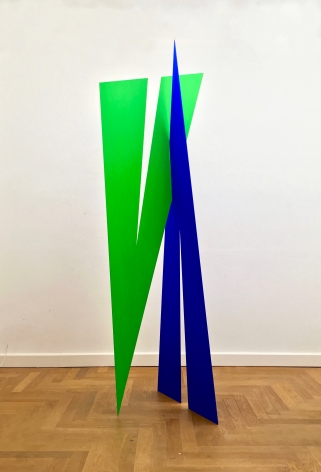 Danish artist Amalie Jakobsen (1989) received a BFA from Goldsmiths University of London in 2014. She currently lives and works between Berlin, DE and Mexico City, MX. Most recently Jakobsen was an artist-in-resident at Cité Internationale Des Arts, Paris, FR.

Through her work she investigates the interrelationship of colour, form, shape, and time, to understand how these elements alter human patterns and perception. With her precise, geometrical-shaped sculptures in bright, and often, primary colours, she references the minimalist tradition established by artists such as Richard Serra, Robert Morris and Frank Stella, and investigates how the viewer relates to one’s physicality and one’s surroundings, thereby pushing the dialogue to new dimensions.

All excessive elements are left out in the works of Jakobsen, inverting the focus from the works and onto the surroundings, and enhancing the connection between the accurate geometrical shapes and the space in which they are meticulously placed. Her works challenge the viewer’s understanding of space and thus making the viewer an active participator as space and work become an inseparable entity. In rooting her work between the threshold of abstraction, architecture, human interaction and space, Jakobsen established a set of new ground rules for sculpture making.

The inspiration for her artworks is an accumulation of her travels, observations of architecture, city structure and colour theory. In the process of refining and evolving her ideas, she consults with various specialists from designers, engineers to private companies like; Deep Space Industries and Universities like; MA program in Space Architecture at Huston University, discussing the newest inventions of materials, technology, architecture and city structures. She sculpts directly with thin sheets of aluminium or steel and does most of all the metalwork by welding, cutting and bending the sheets, for then primed and paint them with acrylic paint. The intense colours are achieved by painting 20-40 thin layers of acrylic paint on the sculptures, inspecting the level of luminosity, colour references to commercials, flags, sign or abstraction – visual vibration into space. In choosing the colours for Jackobsen works actively both with and against “global cultural consciousness”.

Jackobsen’s latest work studies the concept of space to the outer limits of civilization, by exploring the universe and technology as it relates to urban planning, communication infrastructure, and the architecture of the homogenization of visual culture. She investigates the concept of “the future of form” via the creation of synthetic environments/lavatories on Earth as simulations to prepare for settlements on other planets or the moon. Using technology such as 3-D printing, a UFH radiation signal and the construction of synthetic Mars soil, coupled with Jakobsen’s signature geometric sculpture, built out of aluminium from actual spacecraft, she looks into the interplay between sculpture and performative installation. Jackobsen selects her mediums with references to the global cultural consciousness of colour and form, often comparing the commercially-accepted with the banal or off-colour or obtuse. She refers to the colour and the use of colour as “a visual vibration into space.” Hence breaking new ground by layering her sculpture technique within a performative installation framework that takes the viewer to another planet, literally, exploring what futuristic urban planning could manifest. 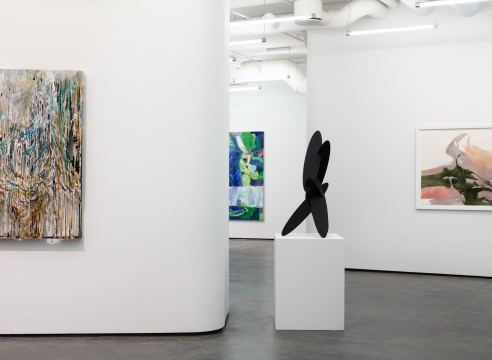 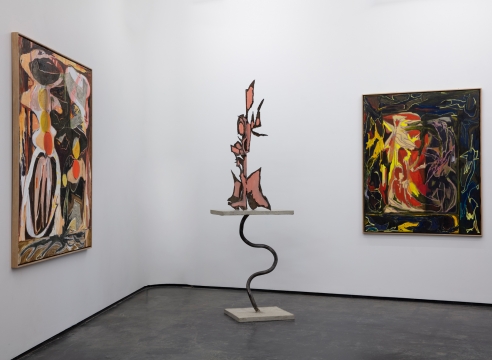