Kåre Kivijärvi (1938-1991) was born in Hammerfest in the north of Norway into a Kven Family, a family of Finnish ancestry.  He studied photography at the Folkwangschule für Gestaltung in Essen, Germany, after working as an apprentice photographer for the newspaper Finnmark Dagblad. In Essen he met Otto Steinert (1915–1978), one of the most important and influential photographers of the post-war period whom he trained under before returning back to Norway. Amongst the practices, Kivijärvi learned from Steinert, was to get close to his motives and a highly experimental darkroom technique which resulted in coarsely grained images. In contrast, Kivijärvis's coarse-grained images are an effect that today will be artificially created, with filters. This notable texture can be seen in his work "Julaften, Malaga". The effect resulted when he saw motifs within the details of larger images, and consequently, the subject is only a small part of the negative.

Upon his return to Norway, he served as an aerial photographer in the Royal Norwegian Air Force and then went on to work freelance for the weekly news magazine Viikkosanoma, which was owned by Helsingin Sanomat, the best-selling Finnish daily, along with several other Finnish and Norwegian publications. His assignments led him to Russia, Greenland, Nepal, Afghanistan, and India, where he established his own documentary style of photography. He quickly became aware of the photograph´s poetic qualities and created photographic art that lay far beyond traditional documentary practice.

It was photojournalism that became Kåre Kivijärvi's introduction to photography as an artistic medium. Consistent throughout his work is the interest in portraying the day-to-day life in the north of Norway and Finland. He was through his work, able to create drama in everyday life, and had a sharp eye for the unusual in the ordinary. He was excellent at taking advantage of opportunities within black and white photography, and early revealed a distinct sensitivity to how an image can and should be composed. There are many examples within his artistry where he expands the limits of what is possible to place within the image borders. Two examples are "Solon med torsk" and "Min brors hus" (both 1965), where he filled the image space in a way that almost explodes their format. His awareness of the unique possibilities of composition and imagery of the photograph makes Kivijärvi an artist with a very exceptional and clear visual voice. Kåre Kivijärvi used the term “the moment of truth” to describe the moment he took a photo, and his work is noted for its blunt imagery. His photo-essay on Laestadians in Northern Norway in 1962 is a celebrated example of this style, as are his depiction of deserted sceneries and Nordic tough climatic conditions. Today he is most famous for his portraits and powerful images from the fishing industry, where several of his works holds iconic status in Norwegian art history.

Kåre Kivijärvi was at his most productive during the 1960s and made a breakthrough in 1971 by being the first artist within the media of photography who was accepted to participate in Statens Høstutstilling, the State-sponsored art exhibition held every autumn in Oslo. This exhibition attributed to his status as a pioneer within photography in Norway, where his work led to the establishment of photography as an artistic art form in Norway. In 1985 Hennie Onstad Kunstmuseum held a comprehensive retrospective exhibition of Kivijärvis's artistry. In 1989 the museum exhibited another retrospective exhibition of his work, along with the publication of a significant catalog of his works. His works were further exhibited at Hennie Onstad Kunstmuseum in 2017-2018. He was exhibited in a solo show at The Museum Kunst der Westküste in Germany in 2018. His work is represented in the collection of the National Museum of Art in Norway, The Museum of Reconstruction in Hammerfest and Norway’s Sami Parliament amongst others. Filmmaker Knut Erik Jensen released a documentary, “Jeg er uten forbilder” on his life and works in 1990. 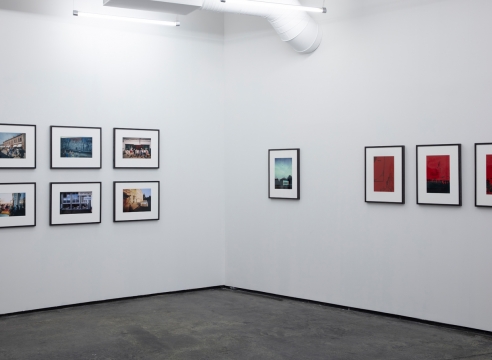 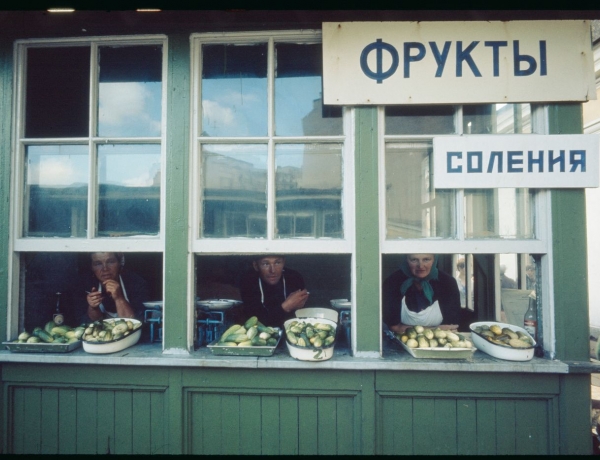